Home
Uncategorized
Who Might GOP Primary Voters Vote For Next?

Part of the Morning Consult’s newest poll set answers a question, that maybe you weren’t expecting to ask. This poll was performed January 6-8, 2023 among 4,470 Republican primary voters. Voters were asked to choose a second option after selecting a first-choice candidate. The answers varied but there were five main responses for a second-choice, depending on the first-choice voters were picking.

Trump as a first choice:

For those who picked former President Trump as their first choice for the 2024 GOP primaries, there were four choices voters seemed to gravitate towards when it came to the second choice. 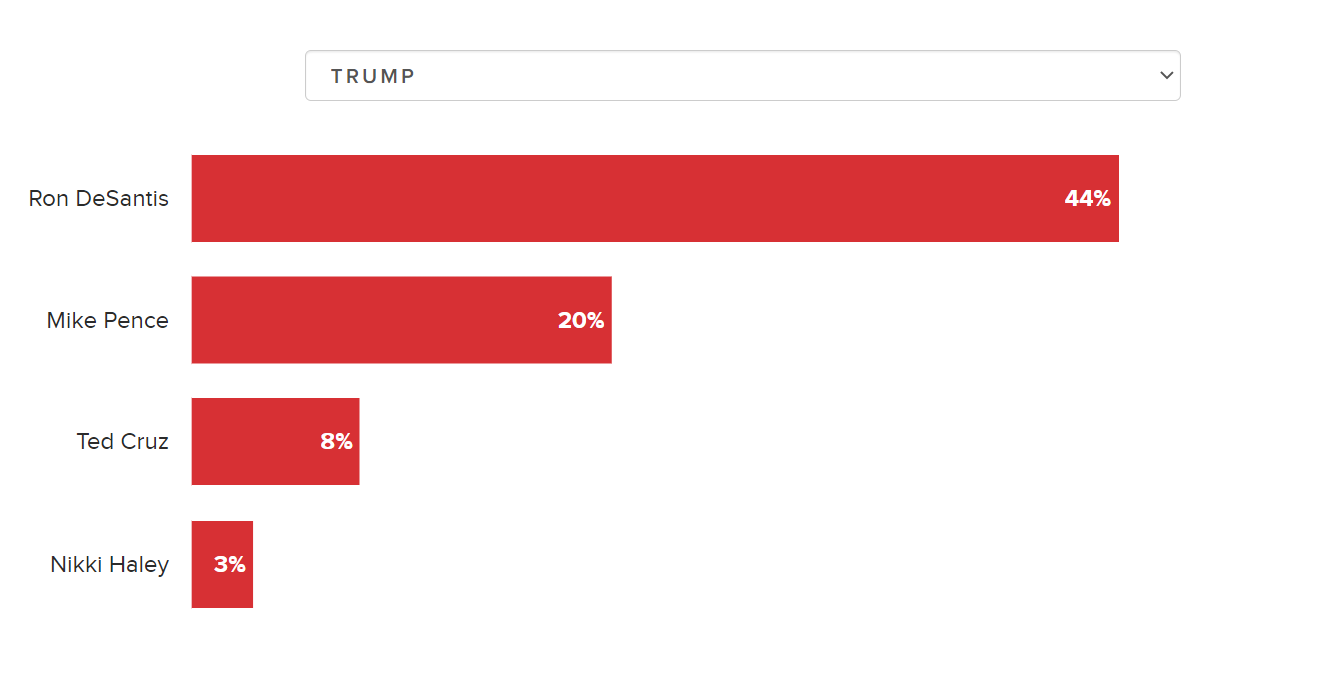 DeSantis as a first choice: 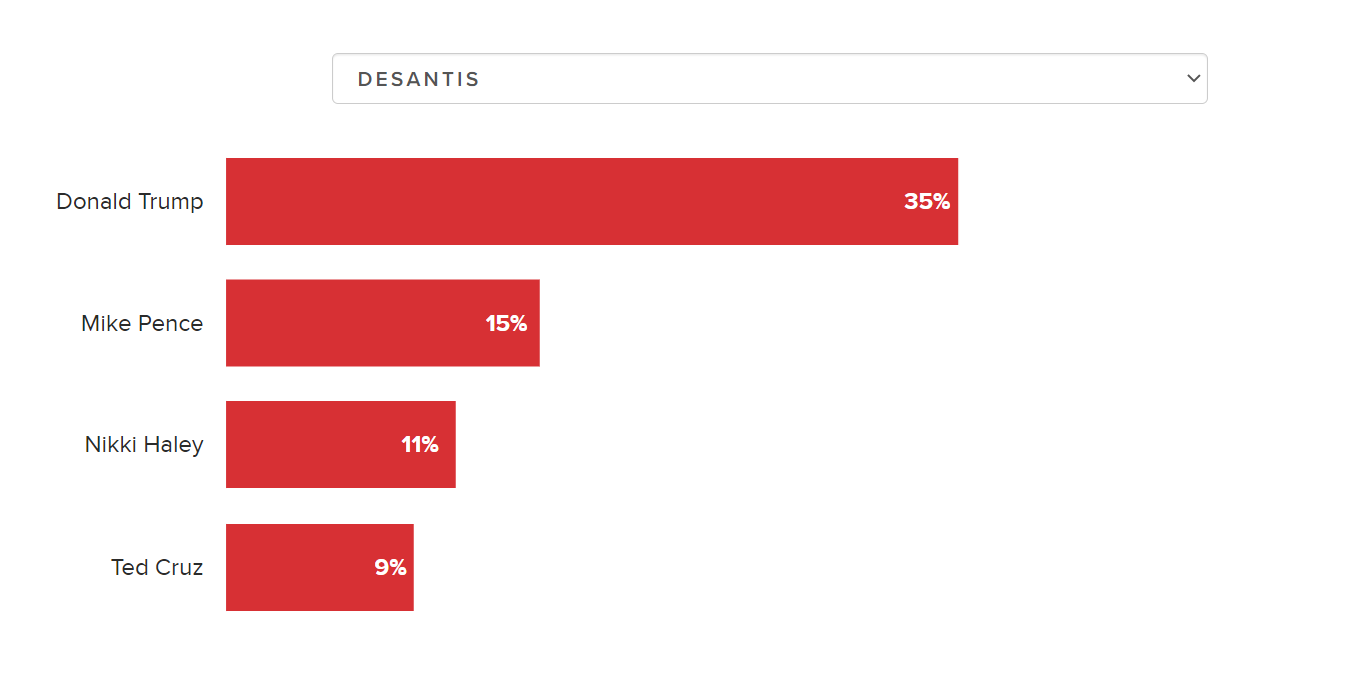 Pence as a first choice: 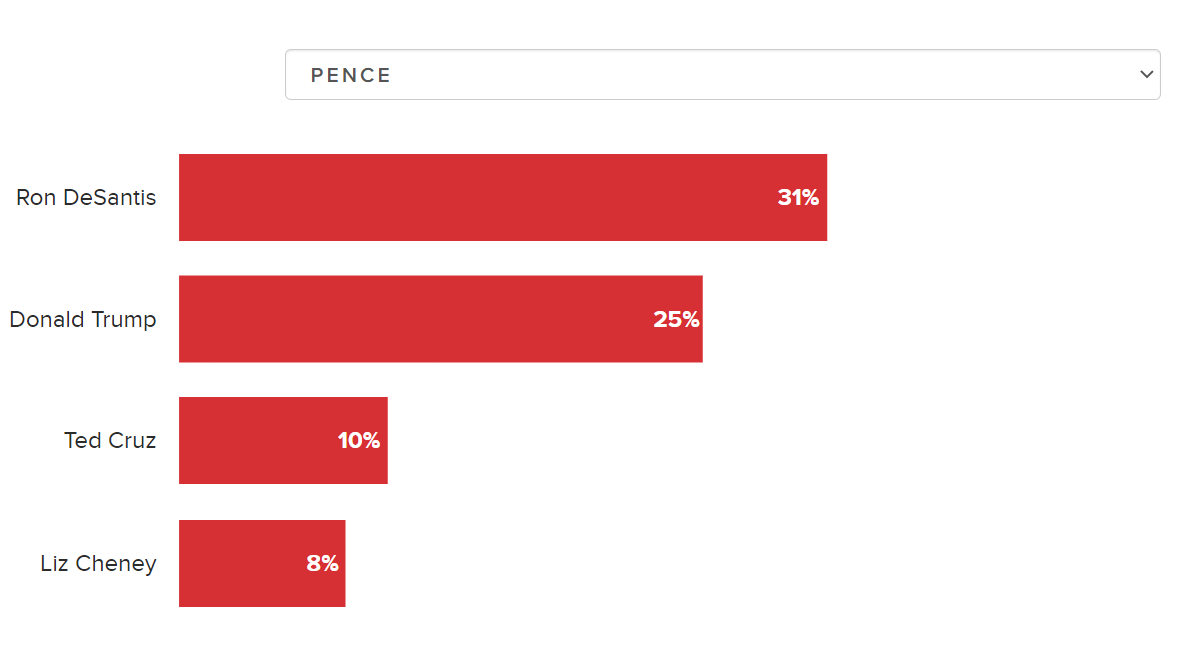 DeSantis is still a popular option, even to those who indicated they would vote for former President Trump first, as he had 44% secondary support. Though for those who chose either Trump or DeSantis, Pence did not do as well as either of the former two men.

wpDiscuz
0
0
Would love your thoughts, please comment.x
()
x
| Reply
You are going to send email to
Move Comment