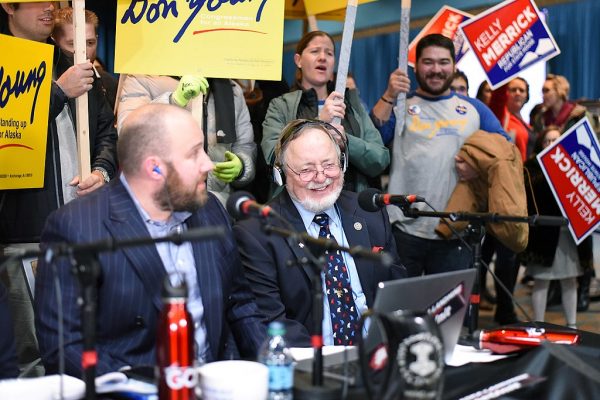 Photo by The Alaska Landmine from Anchorage, USA via Wikimedia Commons

U.S. Rep. Don Young, R-Alaska, the longest-serving member of the House, died Friday night at Los Angeles International Airport while he was on his way home. He was 88.

The cause of death was not yet determined.

Young, a California native, had served in Congress since winning a special election in 1973.

“It’s with heavy hearts and deep sadness that we announce Congressman Don Young, the Dean of the House and revered champion for Alaska, passed away today while traveling home to Alaska to be with the state and people that he loved,” a statement from Young’s office said. “His beloved wife Ann was by his side.”
Read more at Fox News
Tweet Pin It
Loading...